I’m the Artist in Residence at Blackrock Castle Observatory since 2013 who support me in combining creativity with space themes, and they have helped me gain funding to allow me to make theatre and public events. So far I’ve made two theatre shows, installations and have collaborated with many organisations, including the European Space Agency

Niamh is the artist in residence at CIT Blackrock Castle Observatory, Cork. Niamh has over 15 years experience in live performance and media. Her last project ‘Diary of a Martian Beekeeper’, premiered at Space week 2017, followed by a limited run in 2018 and gained excellent theatre reviews . The show was funded under Science Foundation Ireland’s 2017 Discover programme, working with ESA’s Astronaut Centre, to capture the massive group effort behind human space exploration. Her second STEAM show, To Space, toured internationally including Edinburgh Fringe (2015), Adelaide Fringe (2016), Edinburgh International Science Festival (2016), and Cheltenham Science Festival (2016) supported by Culture Ireland,and the Arts Council of Ireland. The show was made in partnership with European Space Agency, Science Foundation Ireland and CIT Blackrock Castle Observatory.

She has presented academic aspects of her work in STEAM at scientific conferences including CAP 2018, the International Astronautical Congress (2017,2016), European Geosciences Assembly (2018,2017,2016,2015), and European Planetary Sciences Congress (2015).

DIARY OF A MARTIAN BEEKEEPER

About ‘Diary of a Martian Beekeeper’

A highly visual exploration of future interplanetary human exploration, Shaw and her creative team have created a new world order, reminding us of the power of the collective, the fragility of the solitary human and the united will behind all major breakthroughs. Because we may one day leave the cradle of Earth, but we will always be human.

This show emerged from over 2 years of interviews with astronauts and many people working at the Astronaut Centre in Cologne, who are all playing their part in getting humans into Space. Content presented is inspired by Elon Musks grand design for a future interplanetary civilisation, testimonies from ESA (European Space Agency) employees, her fathers beekeeping and Niamh’s own personal and ever-evolving space journey.

HEART OF THE MISSION

In January 2017, Niamh participated in a simulated Mars mission as part of Crew 173 at the Mars Desert Research Station, a facility in the high Utah desert where you live as if you are on Mars. With little or no contact with the outside world, the crew began their simulation together, with all five living in a small eight metre diameter habitat, working off a rigorous fourteen-hour daily schedule, wearing spacesuits to venture outside, sleeping in cramped and dark 1m x 3m windowless quarters, and with rationed water, food, and energy.

This installation is an homage to that life at Mars Desert Research Station and Niamh’s reflection of all Mars habitats — the audio, the images, the reports, the daily routines, the safety checks, eating, sleeping, and all the tasks and experiments that have to be completed every day.

Since she was 8 years old, Niamh has dreamed of space travel. After years of pursuing various career paths, she resolvedto spend the whole of 2014 trying make her dreams a reality. In her pursuit to get to space she interviewed astronauts,astrophysicists, space industry experts and potential colonists of Mars. Part comedy memoir and part fascinating space lecture with watercolour-based ghostly landscapes, this captivating performance explores the beauty, darkness and humanity of Space, while begging the question- ‘What do you do with impossible Dreams?’

With a  sell-out international tour at Adelaide Fringe Festival in Australia, ’To SPACE’ was created in association with CIT Blackrock Castle Observatory Cork, Science Foundation Ireland, and ESERO Ireland for Tiger Dublin Fringe 2014 and redesigned for a presentation in the Summerhall, Anatomy Lecture Theatre at Edinburgh Dublin Fringe 2015.

‘To Space’ brings new & engaging ways of communicating science in new artistic platforms. The show is aimed at theatre & arts audiences as well as science audiences. To Space was initially presented in 2014 at Tiger Dublin Fringe Festival (supported by Arts Council of Ireland and Science Foundation Ireland project awards). Since then, the show has tourednationally across Ireland in 2015 and at Edinburgh Fringe Festival, supported by CultureIreland. In 2016 the show toured to Adelaide Fringe Festival, Australia and Edinburgh International Science Festival through the support of CultureIreland.

For anyone who’s ever stared in wonder at the night sky, who’s ever felt the weight of their own childhood expectations, who’s ever had dreams that felt too big for them….its an absolute must see.
★★★★★ Adelaide Fringe Festival 2016

What begins as a show about space slowly shifts to become something far more profound and personal about dashed hopes and disillusion – and the crucial importance of retaining a sense of wonder.
★★★★ David Kettle, The List Edinburgh 2015

She has presented academic aspects of her work in STEAM at scientific conferences including CAP 2018, the International Astronautical Congress (2017,2016), European Geosciences Assembly (2018,2017,2016,2015), and European Planetary Sciences Congress (2015).

This site uses cookies. By continuing to browse the site, you are agreeing to our use of cookies.

We may request cookies to be set on your device. We use cookies to let us know when you visit our websites, how you interact with us, to enrich your user experience, and to customize your relationship with our website.

Click on the different category headings to find out more. You can also change some of your preferences. Note that blocking some types of cookies may impact your experience on our websites and the services we are able to offer.

These cookies are strictly necessary to provide you with services available through our website and to use some of its features.

Because these cookies are strictly necessary to deliver the website, refuseing them will have impact how our site functions. You always can block or delete cookies by changing your browser settings and force blocking all cookies on this website. But this will always prompt you to accept/refuse cookies when revisiting our site.

We fully respect if you want to refuse cookies but to avoid asking you again and again kindly allow us to store a cookie for that. You are free to opt out any time or opt in for other cookies to get a better experience. If you refuse cookies we will remove all set cookies in our domain.

We provide you with a list of stored cookies on your computer in our domain so you can check what we stored. Due to security reasons we are not able to show or modify cookies from other domains. You can check these in your browser security settings.

We also use different external services like Google Webfonts, Google Maps, and external Video providers. Since these providers may collect personal data like your IP address we allow you to block them here. Please be aware that this might heavily reduce the functionality and appearance of our site. Changes will take effect once you reload the page. 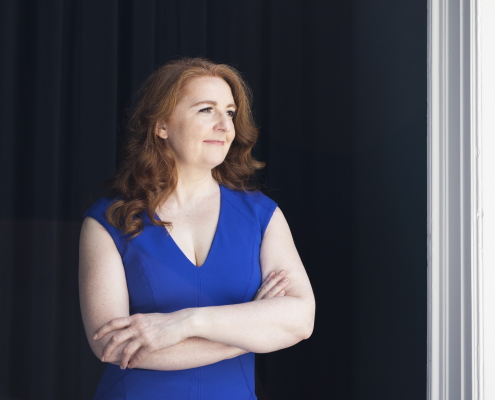 Dr. Niamh Shaw Corporate Events / Speaking Engagements Connect With My Speakers Agency
I love giving inspirational talks to work with companies, colleges and schools, chatting about my life goals as well as their dreams and aspirations.